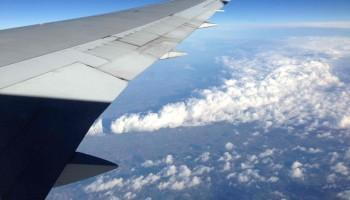 The start of it all:

When Lindsey first reached out to me I was flattered, shocked, and honored to be asked to assess and develop a program for her son in preparation for their move overseas. It had been a year or two since I had worked with E, but I had remained friends with the family via Facebook and email and this was definitely a family I felt close with. E had been my “child” before my own kids, in fact, he witnessed both of my pregnancies and often talked to my belly awaiting the day to meet my daughters. Yes, we were close. We had been through multiple schools, teachers, and home therapists and the little boy, once a kindergartens now stood before me a mature, and very tall, young adolescent.  He had made so much progress over the years and at his latest school in Texas.  He was expressing his feelings and asking to talk things through when he was upset. The days of tantrums and what some may call  “property destruction” were long gone.

His assessment back in the states flew by. His mom was already a honorary behavior therapist herself with all of her time and dedication involved in his program, but we planned more training for her on some of the new social skills goals E was ready for. They were on their way to their destination, far away from DC.  With a big hug and plans to skype and email over additional programming, they were on their way for their next journey in the world of autism.

The next few months were pretty smooth. They got settled in and started with a BCaBA and therapists, that I had the privilege to supervise and collaborate with. E was making friends easily in the neighborhood, and was always active with social engagements.

We had made some tentative plans for me to check in with them face to face at some point in their country, but when November came in, it became more clear that my history with E and love for ABA was more urgently needed.

Phew, that’s it for now. I am writing this on my plane ride to see them.  More to come as I continue my journey overseas!  … almost to Romania!