Book Review: “A Child’s Journey Out Of Autism” 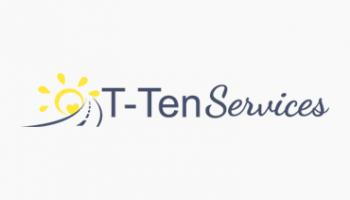 Leeann gives a detailed account of her experience with her son who displayed several characteristics of Autism Spectrum Disorder as early as fifteen months old. She talks about not sleeping and her ever growing concern of it might be more than just a colicky baby. Her son experienced several ailments as a young child and after receiving his shots started showing more and more characteristics of Autism Spectrum Disorder. He stopped interacting with others (no eye contact) and started to live in his own world. He would tantrum over 60% of his day and was not able to express his wants and needs. He no longer met his developmental milestones. When Leeann discussed her concerns as a parent with her pediatrician, he kept assuring her he had plenty of time to meet his milestones. Her pediatrician said her son was more likely to get smallpox than Autism.

Soon after Leeann started doing research on her own. She reviewed several articles on shots and how they environmentally impact a child’s development and could potentially cause children to display characteristics of Autism Spectrum Disorder. Leeann with her ever growing worries soon realized he needed help. She started receiving support from Kids on the Move, a local center in Utah, designed to support parents with kids who may be displaying some developmental concerns. Kids on the Move provided some support but were limited on funds. Leeann knew she needed to take action but was not ready to accept he may be diagnosed with something as serious as Autism Spectrum Disorder. There were several parents and professionals who expressed their concerns that he may have something more serious. Leeann was furious and in denial that her son may have Autism but could not deny something was seriously wrong with him. She could no longer take her children out in public and was not able to talk about it with family and friends. She felt no one could understand what she was going through on a day to day basis. She realized she needed help and fast.

She continued to do research and decided to get a second opinion from another pediatrician. Her worst fears were confirmed. Her son was diagnosed with PDD-NOS and she knew she needed to act fast. She started researching various methods of treatment and spent countless hours trying to find the most effective treatment. After the pediatrician recommended ABA, She decided this was the method of treatment they would start with to help recover her son. She continued to do research and found that it would be very expensive and not covered by insurance. She felt like this was the method of treatment she wanted to pursue and discussed with her husband how they would make it work. She then set up her own ABA program by hiring a consultant and finding her own therapists. It was going to cost over $30,000 a year but that was the risk she knew she had to take. She had read several articles of the importance of early intervention that recommended no less than 40 hours a week. She wanted to get started right away. While she was getting her ABA program started she continued to do research. Struggling to make ends meet her family always found a way to cover the cost of another professional who might be able to help their son.

Along with the ABA program, Leeann tried the Biomedical model. She met with a Dr. Jepson who suggested the gluten and casein free diet along with supplements and detoxification. The idea was to correct the body’s underlying metabolic abnormalities which may alleviate some of the physical and neurological pain. Leeann did see some results from the Biomedical model. Her son started sleeping through the night and was no longer experiencing other ailments during treatment. She continued to use the biomedical model with ABA.

Leeann recalls how painful it was to start the ABA program. She questioned whether this was the right thing to do. She could not bear to see him cry or tantrum but she kept reminding herself that he needed this type of program to learn how to learn and to be able to express his wants and needs. At the beginning of treatment some of the first goals were just working on compliance and how to follow simple directions. Her son was not able to sit down even for short periods of time without tantrumming. Leeann started to see progress even the first couple of days. At first progress was slow and she did not want to get her hopes up. Leeann and her family celebrated the small victories and pressed on to help her son continue to make progress. Leeann could not help but to compare her son to other kids his age. It was a constant reminder of what he was not doing even though he was still making progress. Leeann wanted nothing more than to hear her son call her mama. After several months of therapy she was shocked by the sound of a tiny voice that called her mama and meant it. It was only the beginning of all the things that he would soon be able to accomplish. He was able to request more and his tantrumming went down drastically.

Leeann continued to work on the areas of weakness for her son which included social interaction, pragmatic language, interest, and behavior. After going to the DAN! Conference she learned more about the Relationship Developmental Intervention which target some of the areas of weakness for her son. She soon implemented this treatment with the ABA program she already had in place. She wanted her son to fit in and not be different in any way from the kids in his class.

After a couple years of ABA therapy and preschool Leeann was ready to have her son reevaluated. He was now potty trained and using complete sentences. He was commenting on everything he saw and showing empathy. It was remarkable the progress he had made over the years. After he was reevaluate by a highly recommended pediatric neuropsychologist, Leeann was told that her son no longer met the DSM-IV criteria for a diagnosis on the Autism Spectrum. Leeann was surprised by the results and almost did not want to believe her son’s overall neurocognitive functioning was at normal limits. The doctor even stated it is not often that we can remove the diagnosis once it has been given. Leeann felt relieved to know that she had helped her son overcome major obstacles in his life.

This book encourages parents to do the research and find what works best for their child. It gives hope to parents who have recently found out that their child has been diagnosed with a developmental delay. It gives a little insight as to what it will be like on a life long journey. It points out the struggles families have and that they are not alone.